it only rains here during nonpeak hours,
when the reading light can become a heating lamp
— preserving these last fresh seconds of spoiling time

over the magnetic whine of a dead landscape,
the body hangs like a heavy coat weighing down the soul

, feeling the spine align itself with the sane curve of chair backs —
the same way a top lip can suddenly become gravid

— our wings hush with us
, while the moth will never grasp glass

there are window cracks we’ll never levitate through,
and sometimes you actually have to fall to feel
when the acoustics of the gutted plains can lose a wake-up call

, but if your flighty self heads for the runway of immobile somedays,
give me the stage and I will say:

don’t go the same route as I;
I traveled along the straight lie

a record snowstorm shut the city down the week after I left;
even the sun migrates in the winter — fleeing the Midwest

I’ve been across the U.S. map and back
through every weather and panic attack —
when you compress it flat
it’s like a human, photographed:
these routes are varicose veins
or arms overextending West
the Rockies like a rash —

the Midwest was a crash test

(Note to Reader: you’re not going to find what you’re looking for — ten states over or twenty countries
, in the tracheas and hearts of lovers,
extracted from the art and arms of others —
as the things you’re running toward aren’t waiting for you)

heading West enough for death
on the coattail of the sunset
I’m working on my posture now,
but the heart and head can weigh you down

— the moth doesn’t know glass, but window
, and expires with its legs as stationed cables, skyward
where the light leads by night or knob
, where our wings fail 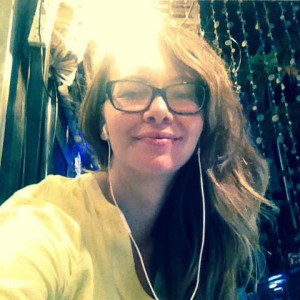